Planning my first game of Fate Accelerated edition and as a GM!

So the plan is to run a RPG at Essex Warriors his sunday using FATE accelerated edition (FAE)
Rules available for free or pay what you want on their site here along with the intro blurb  I offered up to temp people in:

My first go at running an RPG, using the FAE system and set in the 40k universe (mostly). A warp storm dissipates after 500 years, fringe worlds are now accessible that barely know of the imperium, a canny Rogue trader could make a fortune from xeno tech, information and who knows what exotic wildlife or other things may be found.
Your on the crew of such a trader and get to be first on a new world, who will you meet? What will you find? Will you survive to claim riches or meet a grizzly end?
Rules are available here for free on a pay what you want basis
http://www.evilhat.com/home/wp-content/uploads/FAE.zip

5 player Characters to choose from can be found here along with the Captain who will be a NPC.
If you specifically want a different type of character do let me know, Gender and name can be changed on them all if desired without changing the rest of their stats, background
https://drive.google.com/open… 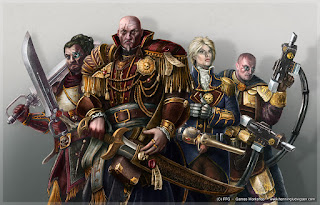 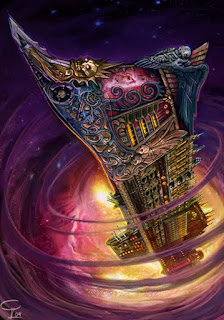 The Tamasi System, imperial records show last contact with any planet was over 500 years ago. Imperial control slipped more than 1000 years ago. This far on the fringe of known space many worlds are little more than rumours and guess work.
Ministerium records indicate a Mission in place at some point and a mid tech level on most planets, but the Warp storms and length of time since last contact makes it unlikely knowledge of the Emperor has been maintained outside of mythical folk lore.
We head into the unknown more than normal even for a Rogue trader.
Our holds empty and our crew ready to find fortune and fame.
Rumour states an imperial fleet is enroute to either quarantine or conquer the system and its worlds.
But our immediate concern is other competition from rival traders, Xeno especially the Tau who have been encroaching in other nearby systems spreading their greater good.
Maybe even the Inquisition or other imperial departments making a play for knowledge and power.
All we have is our speculation, as we drop out of warp we home in on what seems to be the central planet based upon communications and the presence of other star going vessels. 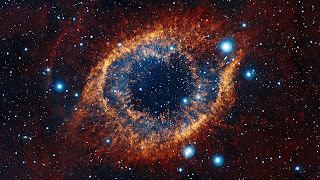 Tamasi prime, as we close in it becomes obvious this is the central world, we register one Tau ship in the vicinity, a number of other unknown ships and some local inter system only ships lacking the trace of a warp drive.
Population seems sparse with a few urban centres and plenty of rural towns, it's a big planet with a variety of terrain it looks like.
We look to halt in 5 days joining others in orbit, it looks like despite the various Xeno and entities present there is a peaceful accord for now at least up here.
Who knows how things on the ground are... Captain says a select team will take the bulk lander down to the capital to suss it all out before further action, part of me hopes I get to go.. the rest of me is terrified 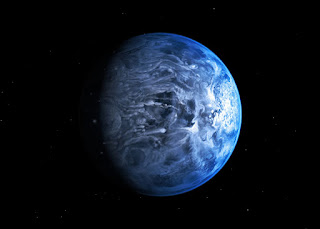 I will try and write up how it goes next week some time along with photos of all the miniatures I plan to use! including a new 40+ still on the painting table.... not sure they will all be ready for Sunday or even come up in the story as we play through but lets see!

I have 3 players signed up which is hopefully about right